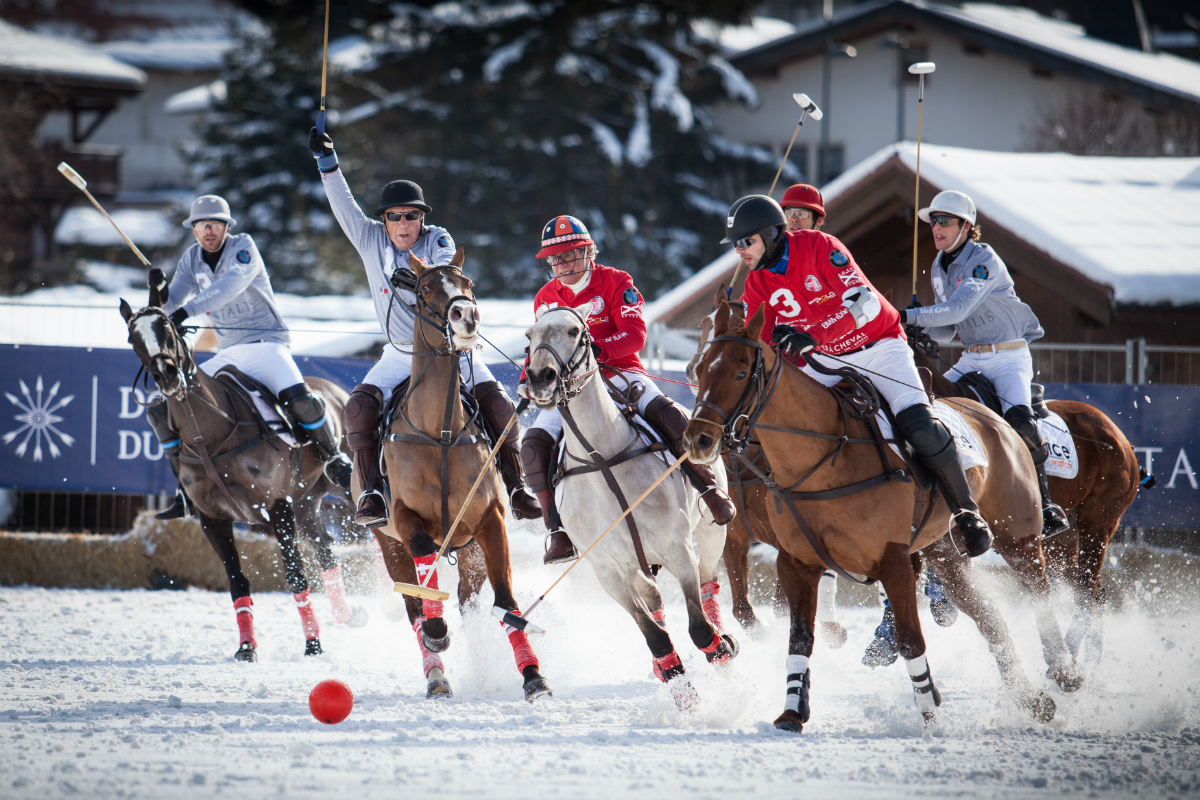 The polo field on the Arly plateau opposite the “Palais des Sports” is the largest on the tour. Thanks to this and the lower altitude, the tournament in Megève is less exhausting for players and horses than the other two locations. For Edouard Costes (0), Megève will be a very special tournament. While he has previously played this tournament with his father Cyrille (0), this year he will be playing with his own team.

There will be a number of changes: all three tournaments will be played at the same level (6 to 8 goals) for the first time and the sizes of the teams will also be standardised. The teams will play in all three locations with three players each. Previously, Megève differed from the other tournaments by requiring a team handicap of 8 to 10 goals, as well as having four players in each team.

Megève is where France‘s first snow polo tournament took place in 1996; after St. Moritz (1985) and Cortina (1989), Megève is one of the pioneering snow polo locations. will mark the nineteenth time this tournament has taken place. The snow polo event will take place from February 28 to March 7 and once again form the conclusion of the BMW Polo Masters Tour.

The BMW Polo Masters Tour once again unites the three snow polo events in Val d’Isère, Megève and Courchevel under the motto “Bring polo to the people, not the people to polo”. The renowned ski resorts are among the most popular and highly frequented winter sports venues in France.