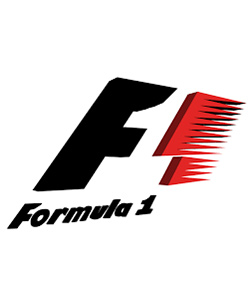 [vc_row][vc_column][vc_column_text]The Monaco Grand Prix (French: Grand Prix de Monaco) is a Formula One motor race held each year on the Circuit de Monaco. Run since 1929, it is widely considered to be one of the most important and prestigious automobile races in the world, alongside the Indianapolis 500, and the 24 Hours of Le Mans. The circuit has been called “an exceptional location of glamour and prestige

The Monaco Grand Prix is organized each year by the Automobile Club de Monaco which also runs the Monte Carlo Rally and the Junior Monaco Kart Cup.

It differs in several ways from other Grands Prix. The practice session for the race is held on the Thursday preceding the race instead of Friday. This allows the streets to be opened to the public again on Friday. Until the late 1990s the race started at 3:30 p.m. local time – an hour and a half later than other European Formula One races. In recent years the race has fallen in line with the other Formula One races for the convenience of television viewers. Also, earlier the event was traditionally held on the week of Ascension Day. It’s now held on what is Memorial Day Weekend in the United States. For many years, the numbers of cars admitted to Grands Prix was at the discretion of the race organisers – Monaco had the smallest grids, ostensibly because of its narrow and twisting track. Only 18 cars were permitted to enter the 1975 Monaco Grand Prix, compared to 23 to 26 cars at all other rounds that year.

The erecting of the circuit takes six weeks, and the removal after the race takes three weeks. There is no podium as such at the race. Instead a section of the track is closed after the race to act as parc fermé, a place where the cars are held for official inspection. The first three drivers in the race leave their cars there and walk directly to the royal box where the ‘podium’ ceremony is held, which is considered a custom for the race. The trophies are handed out before the national anthems’ of the driver and team are played, as opposed to other Grands Prix where the anthems are played first