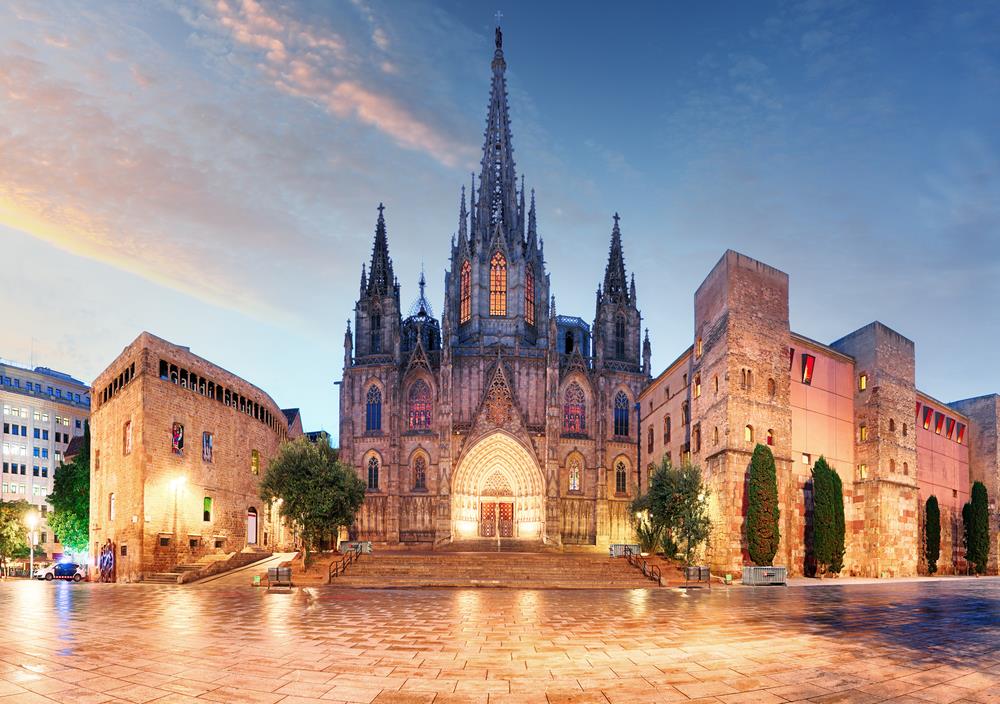 Spain is the country of passion.  Even if you do not have passion it will still find you.  Its mountains, valleys, waters, and luscious vineyards seduce visitors with its strong embracing arms.  Emotion and flavor run rampart in its regions of Andalucía, Catalonia, Galicia, Basque Country, Castile-Leon, Madrid, Valencia, Aragon and among other areas. 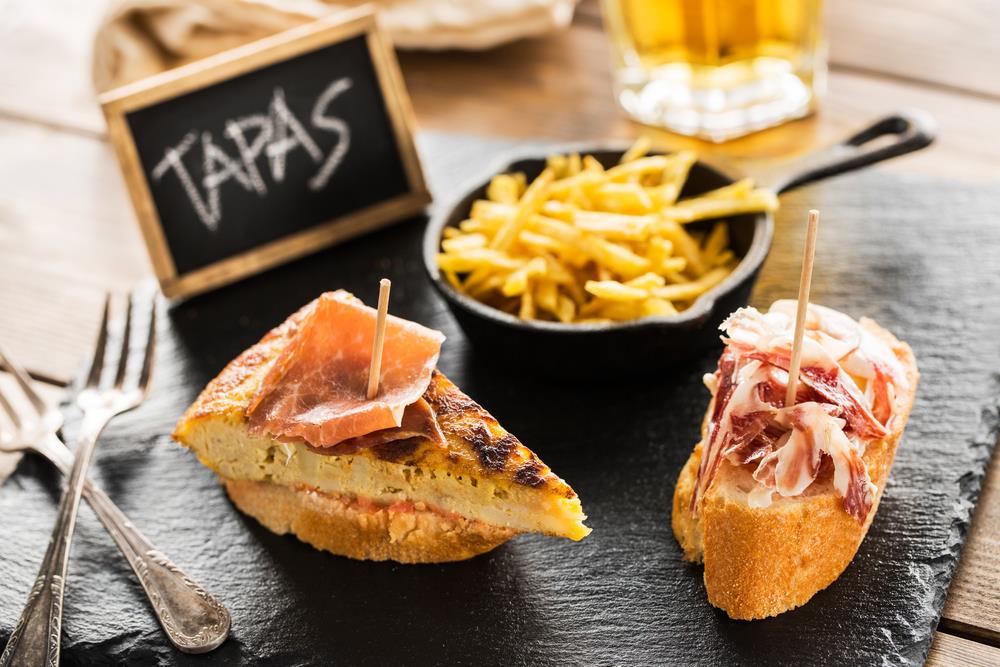 Each region of Spain is known for its distinct flavors and dishes.  Indulge in delectable tapas and pintxos (Basque country) at dedicated bars throughout the country and learn that bar hopping is not about drink about rather about rich and flavorful food ranging from marinated sardines to potatoes drenched in olive oil to meat and fish filled pastries.  Study the traditions of cider popular in the Galician region – a true art form to pour the cider in a very distinct and theatrical manner.  From olive orchids to fields of lemons and oranges explore the agricultural farm lands and dine with their owner and family with a very traditional large lunch before taking the traditional siesta.  Valencia is the home of the traditional paella, but it is not unusual to find the nation’s favorite dish in other regions with their own version of it.  This fertile land is also home to sherry found in Jerez and the Rioja region promises to captivate your palate with Grand Reserves.

Spain is home to the gypsies who brought the Flamenco to life through centuries of storytelling, passion, and flair.  Its dance and music claim origin through the Moors and Andalusians, but this movement has spread throughout Europe and Latin America as well. The traditional Spanish dance has seduced young and old with its vibrant dramatic movement, music, and singers who recant stories of emotion and tragedy brought together through guitar and castanets.  It is not unusual to find bars and cafes hosting flamenco dancers and guitarists on any given day.

The greatest national sports pastime is soccer also known as futbol which started in the late 19th century, but continues to bring the largest groups of spectators and participants throughout the country.  The Spanish Football League is considered one of the most competitive and successful teams in Europe. 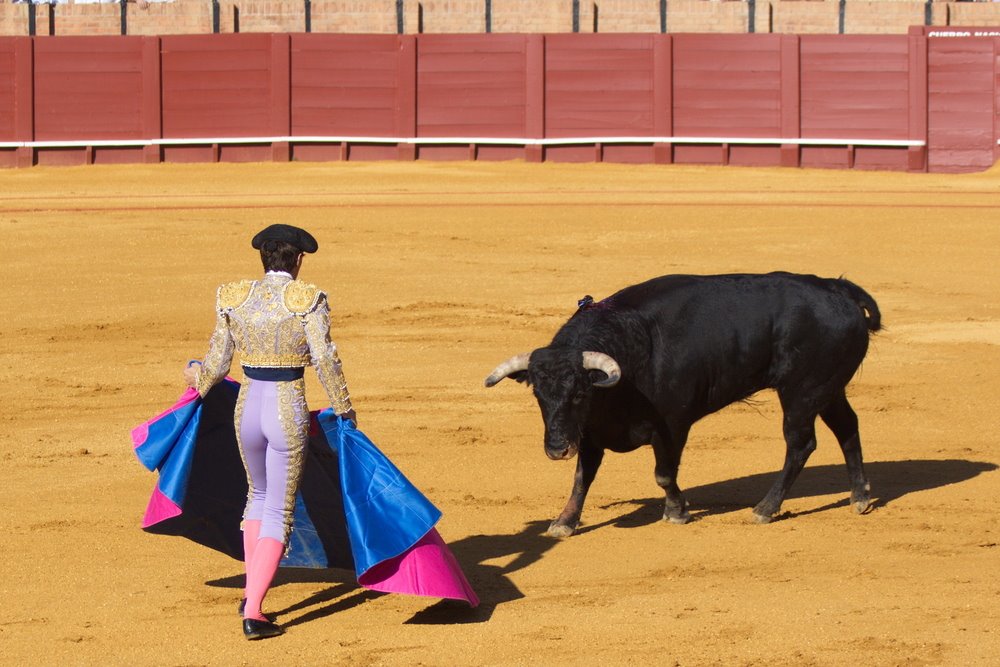 Throughout Spain, it is very hard to not find a bullring which serves as a celebratory amphitheater to engage man against beast – the heroic matador against the bull.  It is here in this venue, one can feel the excitement of the crowd as they shout ole and wave their handkerchiefs to cheer on the matador and banderilleros.  Derived from the Romans and Moors of centuries ago the bullfighting spectacle still embraces the significance of fiesta.   The annual Running of the Bulls in Pamplona further amplifies the significance and celebration of this traditional ritual.

The siesta still continues to be an integral part of life in Spain.  The tradition of the Spanish nap in the afternoon is just as important as flamenco and fiesta.  Shops and businesses close; children return home from school to engage in dedicated family time.

Steeped in ancient traditions and history from the Romans and Moors it is easy to see historic and visible signs of their history in the forms of the Roman ruins and aqueducts (Sevilla) and Arabic mosques (Granada’s Alhambra) and palaces.  Spain has 13 cities which have been declared as UNESCO sites.   Like many other countries, Spain has had a tumultuous history from the Spanish Inquisition to the Habsburgs dynasty and in modern times the Spanish Civil War and there are many intriguing stories and tales that can be experienced through customized tours.

A visit to the Prado Museum in Madrid reminds us that one of the largest and most important art collections in the world are housed here.   The Golden Age brought the painter El Greco and the great writer Cervantes known for Don Quixote.   The artwork of famous painters such as Degas, Goya, Picasso, and Miro can easily be found throughout Spain.

Santiago de Compostela located in Galicia in the Northwest part of Spain is deemed the holy site to Catholics around the world.  For centuries – according to researchers starting in the 9th century, on an annual basis hundreds of thousands of Christians have made the pilgrimage to this sacred area to walk the trails to the shrine and cathedral of Saint James the Apostle.  Along these paths, visitors can stay in hostels or monasteries still run by monks.